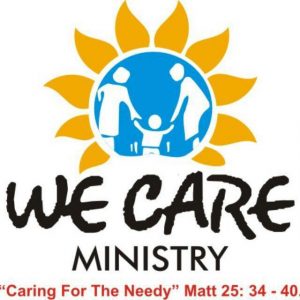 We Care Ministry is made up of dedicated and caring members of MFM Woolwich , the group was established in July 2009 based on the biblical injunction of our Lord and Saviour Jesus Christ as written in the Gospel according to Matthew Chapter 25 verse 34 – 40 which states “ For I was hungry and you gave me food; I was thirsty and you gave me drink; I was a stranger and you took me in; I was naked and you clothed me; I was sick and you visited me; I was in prison and you came to me… Inasmuch as you did it to one of the least of these my brethren, you did it to me.”

The aim of the group is:

We partner with other charitable organizations such as Emmaus Greenwich, Thamesmead Food Bank to provide relief for the elderly, poor and needy in the community. This is an ongoing activity during which we donate food to the 33 resident champions (who were former homeless) of Emmaus Greenwich every month as well as their personal care needs such as clothing, toiletries, shoes etc, this is on demand. Likewise we donate food to Thamesmead Food bank every month; this is to alleviate the suffering of members of the community finding it difficult to cope with economic downturn that has affected the country.

We take care of the homeless in the community and this was when we visited the 35 homeless members of Club 999 based in Deptford London. Gifts of transistor radios, rucksacks and trainers were given to each member.

We also embark on outdoor outreach projects during which we give out hot drinks like tea, coffee, and chocolate with biscuits to the community at Woolwich centre. We also use this opportunity to evangelize.